Translation and editing are the heart of what we* do, alongside a variety of related services such as subtitling, language coaching and publishing project management.

It's been a pretty busy and varied year at [Steve Green] Communications with plenty of assignments from our long-term clients, and some gratifying growth from the more recent additions to our roster.
Read on for some of the highlights.

Museums
Stedelijk Museum Amsterdam brought us in to translate and/or edit two books, an exhibition guide and the wall texts for five exhibitions. Late in the year Museum van Loon approached us to translate the wall texts for their Suriname exhibition, their first marking a new policy on diversity in their programme. It was moving to be part of this bold, imaginative and crucial initiative. And throughout the year we of course continued translating and editing copy for research articles, funding applications, subtitles, visitor and marketing communications, lectures and publications at the Rijksmuseum.

Education
Much of our work in the education sector this year was for internal use. We translated two book-length self-assessment reports for arts academies applying for renewal of their official accreditation. The first was for the Academy of Theatre and Dance and all its departments, and the second was for DAS Research, the arts and education research department at DAS Graduate School. The self-assessments were very well received, and accreditation was granted in both cases. Elsewhere in education, we continued our work with Professor Jos Gommans at the Institute for History, Leiden University.

Theatre
It's always a joy to work with Toneelmakerij, who make such intelligent, funny and challenging plays for young people. This year we had the good fortune to be asked to translate two plays, Age of Rage and The Magic Flute. And of course we continued the work for our longstanding clients, the inimitable Hotel Modern.

Language coaching
Translating and editing means spending lots of time at the computer, so it's nice to get out once in a while and work one-on-one with clients, helping them with their spoken English. This year, for example, Steve Green worked closely with a Rijksmuseum curator on his academic lecture, and with a filmmaker and artist on a poetic documentary, rewriting the script and coaching the narrator.


We can support you in getting your message across to your audience. Sounds simple. But it’s so easy to miss the mark – especially in a second language.

The Netherlands is a unique environment for English: many Dutch people speak the language, English is the lingua franca, and a huge proportion of organisations use both Dutch and English to communicate. But being able to understand or speak English is not the same as being able to write or present for an international audience. That’s where we can help.

Professionalism, expertise and accuracy are a given, but each assignment brings its own new challenges. That’s when flexibility, empathy and dedication come in. Writing is personal; reading is personal too. It’s all about connecting those personal experiences.

Do any of these questions strike a chord with you?

'Will my play connect with English speakers from many different cultures?'

'How should I strike the fine balance between preserving my authorial voice and not sounding awkwardly foreign?'

'My English is pretty good, but how will my presentation come across to a native English audience?'

'I write for fellow scholars in the Netherlands, so what’s the right tone for a more international readership?'

'How should I present my art in an authentic way that also connects to my public?'

Feel free to contact Steve Green for a no-obligations chat to find out whether our services match your needs.

* A little note on the use of the royal 'we' here: Although [Steve Green Communications] is a one-person business, many assignments involve other translators and editors. Props to Michael Blass at Wordstream, Steve Korver, Harriet Impey, Floris Dogterom, Astrid Staartjes and Mirko Stuiveling.


If you’re using language in the arts, academia or the cultural sector, let us help you communicate with your field, your target audience or the general public. [steve green] communications chooses to work in these areas for the simple reason of personal affinity. We are engaged, knowledgeable and flexible – as a company, and personally.

Translation and editing
We provide high quality and highly readable Dutch to English translations for a huge variety of texts, including catalogues, essays, plays, and academic papers.

Editing ranges from proofreading and correction to rewriting, restructuring and fact-checking. We can advise on the best approach in close consultation with you the client or author.

Language coaching
Academics, artists and actors in the Netherlands often need to get across their ideas in English. [steve green] communications has extensive experience helping clients develop confidence and expertise for presenting or performing in their second language.

We prefer to work with our clients on a one-to-one basis, using a planned speech, presentation or play as raw material – it helps focus the mind!

Subtitling
We can translate or edit your existing subtitles or create new timecoded files, either from a transcript or the video itself.

Project management
Our experience with all aspects of preparing texts for publication means we can provide the expertise and people you need to ensure your publishing project runs smoothly.

Contact us with your questions or quote request,
or just to find out how we can help

Over the last year or so [steve green] communications has edited and/or translated two books, one exhibition guide, and the wall texts of five exhibitions for Stedelijk Museum Amsterdam.

The Factory is the artist's book conceived by Carlos Amorales to accompany his major retrospective exhibition/installation at the Stedelijk. We edited the book in close consultation with the artist and the art scholar Reinaldo Laddaga.

Chagall, Picasso, Mondrian and Others was released to accompany the exhibition of the same title. This ingeniously designed book takes the form of a series of large detachable cards featuring prints of works in the exhibition, backed with information about them.

Between times we have been editing and translating a variety of copy for Stedelijk Museum Amsterdam's education and marketing departments. 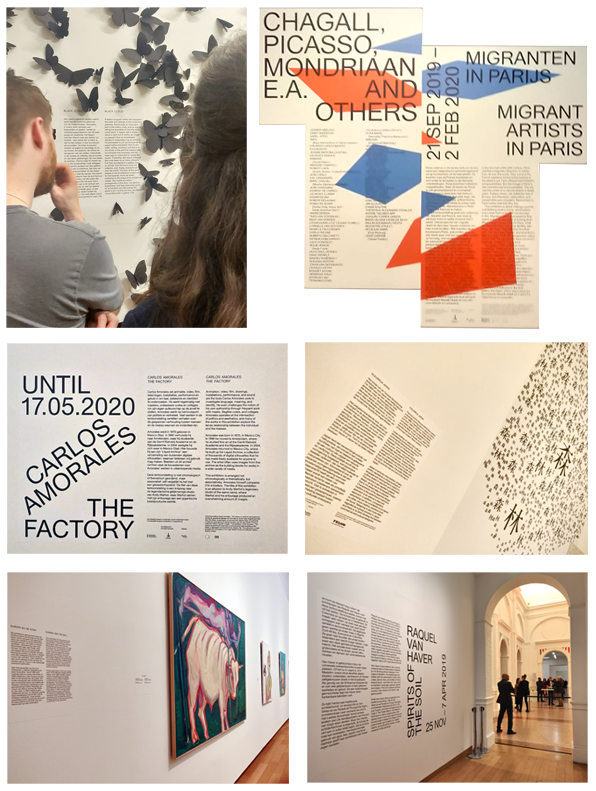 The national museum of the Netherlands 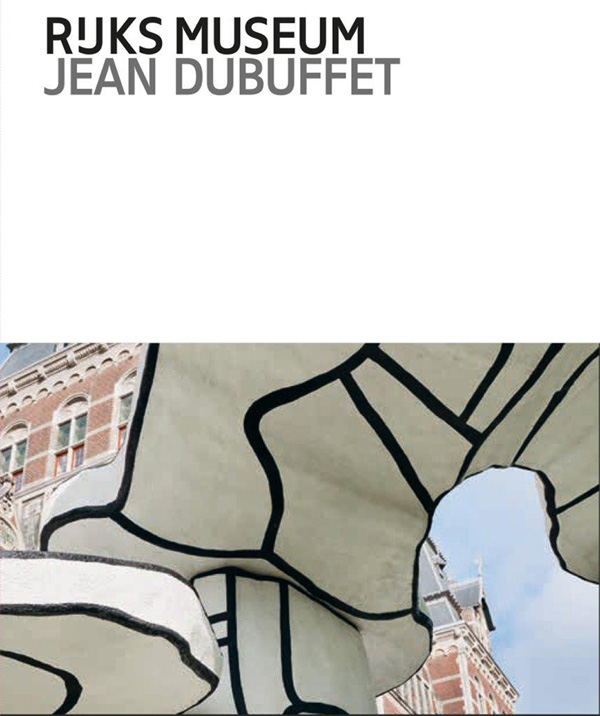 [steve green] communications has been working with the Amsterdam Rijksmuseum for some years now, translating and editing books for various departments at the museum. The publications explore a huge variety of art- and history-related subjects, including the artists Alexander Calder and Henry Moore, furniture restoration and research, specific artworks such as the Bacchant by Adriaen de Vries, and interior design.

From 2014 to 2018 we translated and copy edited a major series of eight books for the Rijksmuseum's History Department focusing on the historical relationship between the Netherlands and its trading partners and former colonies.

In 2017 we assembled and managed the team of eight translators and editors that recently completed the English and Dutch versions of Good Hope, the catalogue for the highly successful eponymous exhibition on past and present relations between the Netherlands and South Africa.

We completed work on the series with the translation of the two final volumes, which focus on India and Suriname, in 2018.

Other assignments for the Rijksmuseum include: 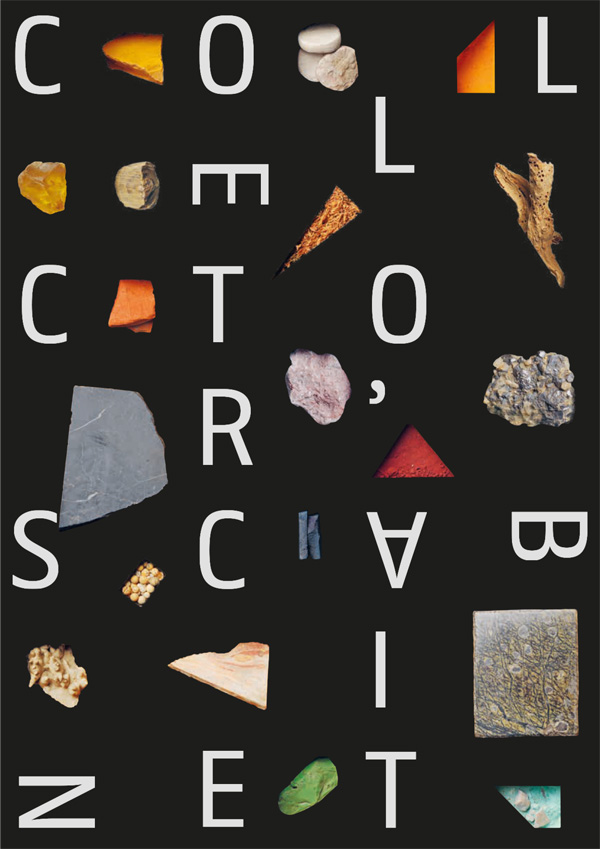 the 'Beuning Room' issue of The Rijksmuseum Bulletin, and various academic articles and essays for the Rijksmuseum’s History department.

We are also brought in on a more than weekly basis for smaller and medium-sized jobs for other departments in the museum, providing translation, editing and language consultancy services for marketing and communications, internal reports, funding applications, and lectures. 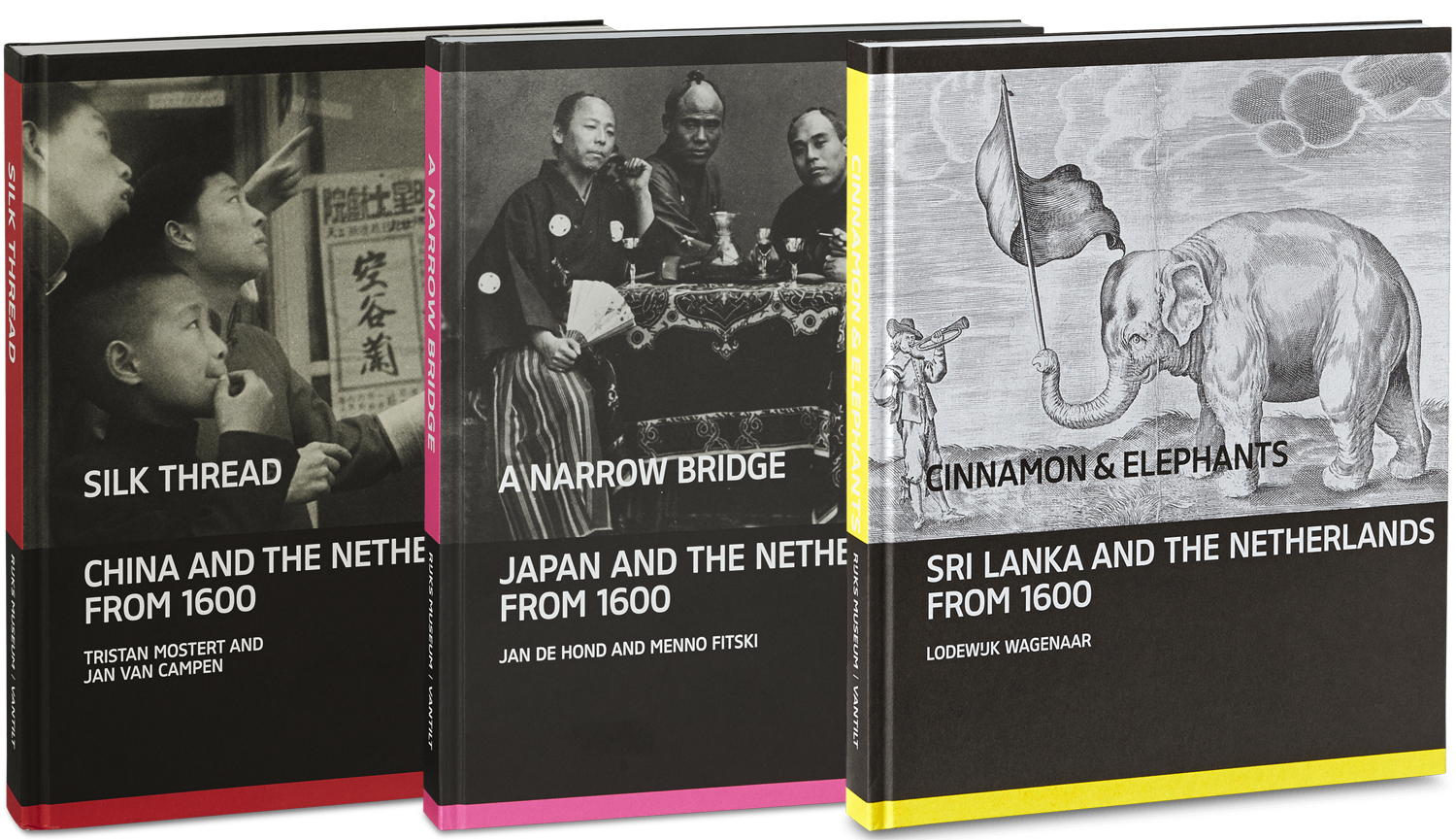 Iconic images of traditional peoples around the world 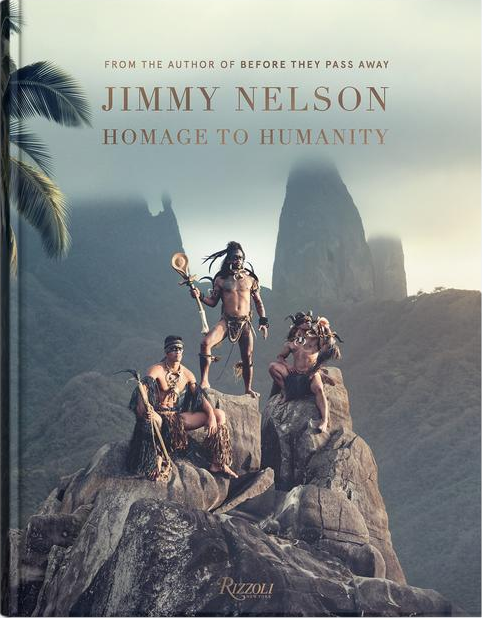 Photographer Jimmy Nelson invited [steve green] communications to edit Homage to Humanity, the follow-up to his acclaimed global bestseller Before They Pass Away. Like its predecessor, Homage to Humanity is a spectacular record of some of the planet's vital, and in some cases vulnerable, communities.

Training and research at the forefront of arts education

Throughout the year we have been working on major internal documents for Amsterdam University of the Arts, firstly translating the self-assessment report for the six yearly accreditation of the Academy of Theatre and Dance faculty, and then doing a similar job for DAS Research, the research department of DAS Graduate School faculty. The reports were very well received, and accreditation was granted in both cases. 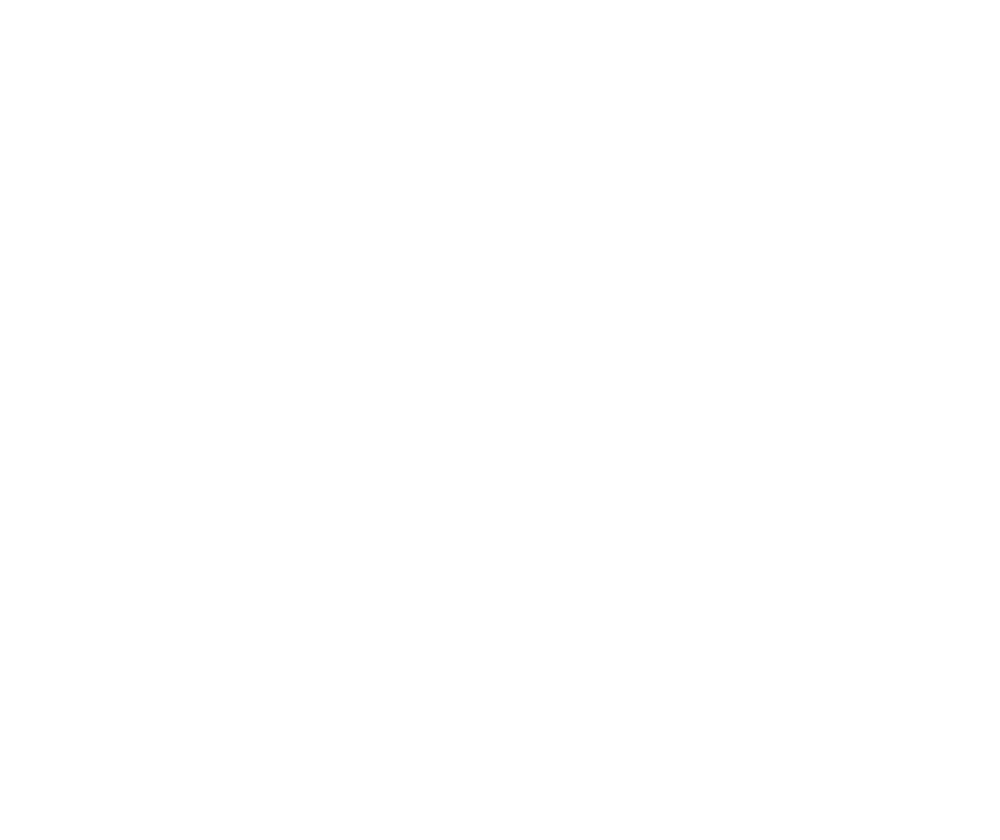 In a separate project, from 2019 into 2020 we are working closely with the directors of all departments at DAS Graduate School (Choreography, Theatre, Creative Producing and Research) to conceive, develop and write the school's new Strategic Plan.

The university and [steve green] communications work together on a range of print and digital publications. We translated and edited the prospectus for the university's Academy of Theatre and Dance faculty and an array of material relating to the Master's research programmes, and consulted on the naming of several faculties and departments.

Previously we completed work on Places to Play by the South African filmmaker and educator Jyoti Mystri, with the author examining her own activities as the artist in residence at the Amsterdam Film Academy and looking to the future of teaching and artistic research there.

Back to 2019, and inspired by the students themselves, this year saw a thorough revamp of the Academy of Theatre and Dance's end-of-year book devoting articles, interviews and visuals to the work of graduate performing artists. Once again [steve green] communications was invited in to translate and edit the English material for this book titled Connect. 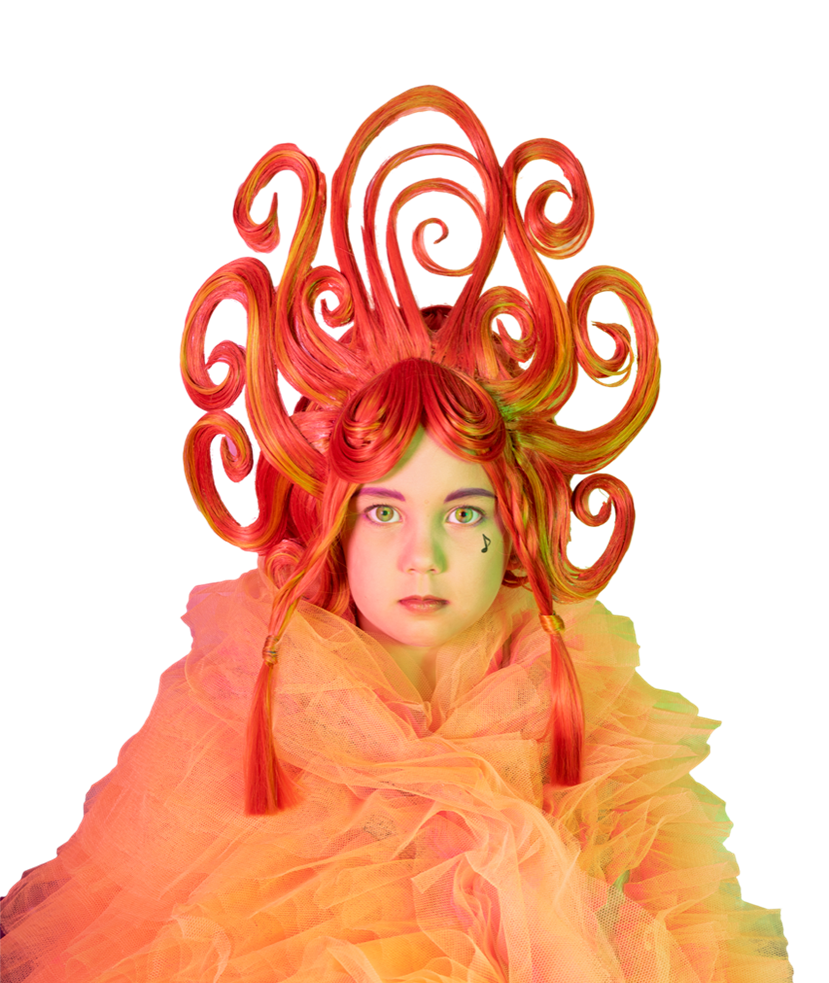 [steve green] communications has a close and enduring relationship with this renowned, prolific company. We translate their scripts, speeches, applications, educational material and marketing communications. This year they brought us in to work on two plays. The first was a large-scale adaptation of the opera The Magic Flute for children. As well as being exciting and fun and musically adventurous, it engaged with themes of domestic disruption and inner transformation. 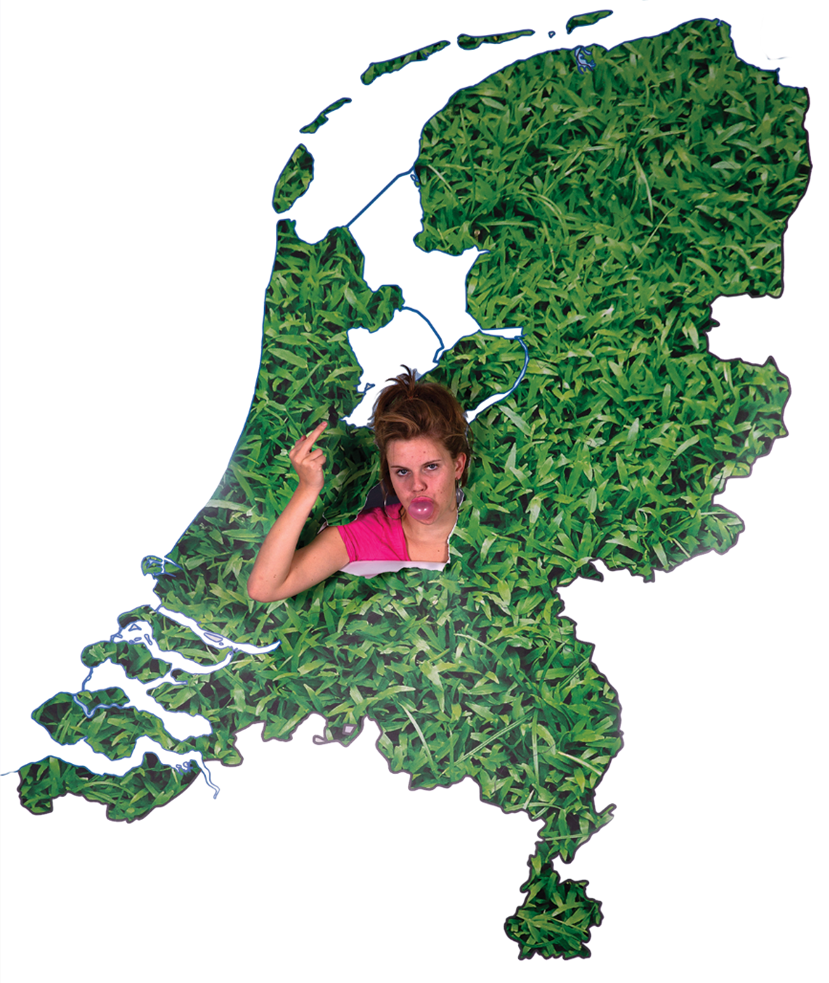 Our second play for Toneelmakerij this year was Age of Rage. Aimed at older children, it unflinchingly tackles a range of highly topical societal issues such as poverty, racism, populism, mental health and broken families. 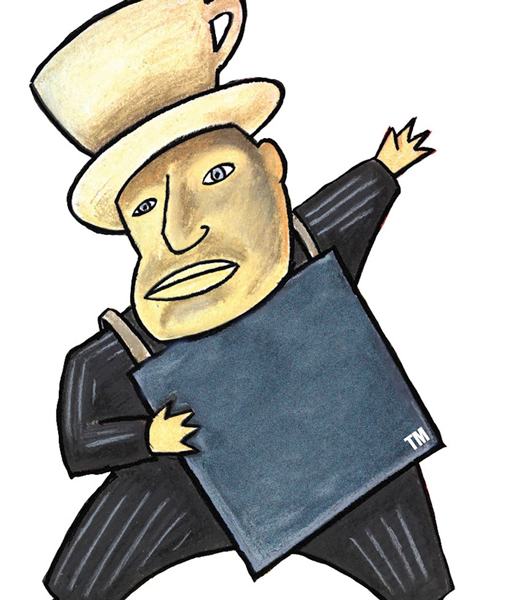 We also translated all the material for the international Theatre Cafe symposium that Toneelmakerij hosted in Amsterdam, and provided language advice and coaching for all the actors prsenting plays to the international gustes. we also translated the scropt of the original play Nadia and all the related copy for the eponymous, Europe-wide theatre project about a young Muslim girl caught between two cultures. 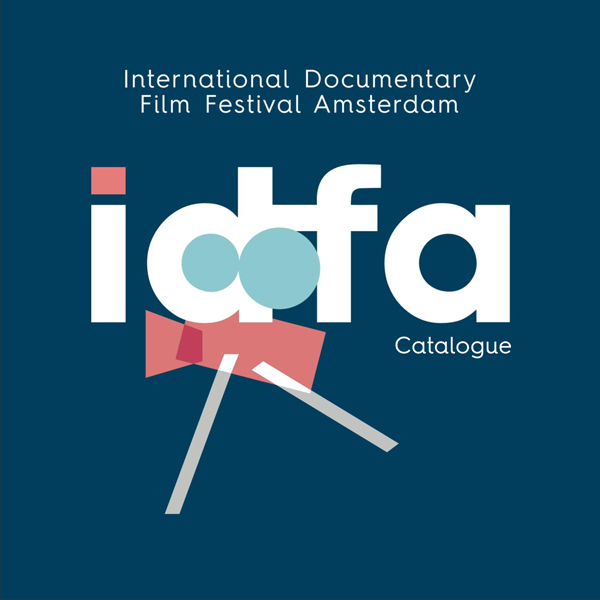 We've been working for each edition this much loved and much respected annual festival for many years now, translating and editing interviews, reviews and editorial. Moving with the Times, the IDFA catalogue is no longer published in print, but the attention and dedication to writing, editing and translating high-quality film descriptions for online publication is undiminished.

London-born Steve Green has lived and worked in Amsterdam for most of his adult life. After twenty years working in music, the arts and theatre, his natural affinity with the spoken and written word drew him into Dutch to English translation and editing, initially for fellow theatre practitioners.

In the fifteen years since, his company has taken on ever larger and more complex commissions, forming close-knit teams of fellow editors and translators on a project basis. But no matter the size of the team, it's always Steve Green himself who signs off the work.

[steve green] communications is now well established in its specialist, overlapping areas of culture, education and the arts, and now counts among its many clients the Rijksmuseum, Stedelijk Museum Amsterdam, Museum Van Loon, Amsterdam University of the Arts, Leiden University and the International Documentary Festival Amsterdam (IDFA).